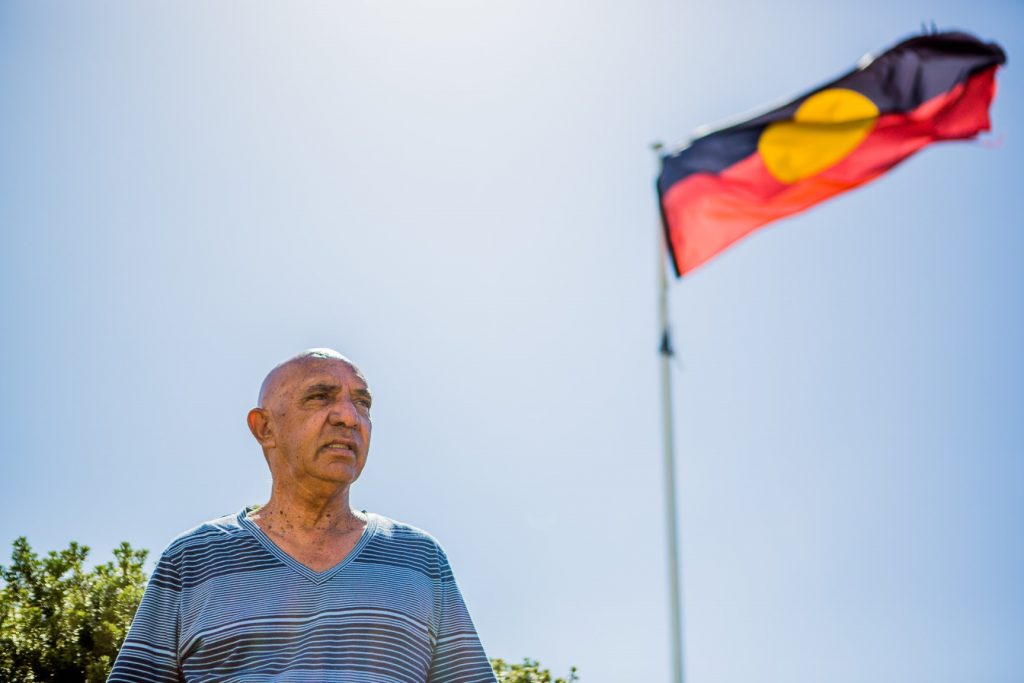 Campbelltown Arts Centre presents a one night only performance by legend Vic Simms and his All-Star Band.

Don’t miss out on seeing this living legend of Australian music!

As part of Vic Simms’ residency he will also be mentoring Indigenous singers/musicians and bands, find out more info here.

William Victor Simms, known as Vic Simms, is an Australian singer and song writer. He is from La Perouse, New South Wales and is a Bidjigal man. He released his first single at age 15 and has performed with Johnny O’Keefe, Shirley Bassey and Robie Porter among other prominent singers. Whilst incarcerated in the notorious Bathurst Gaol he learnt how to play guitar and started writing songs, recording and releasing an album called The Loner. It has been described as “Australia’s great lost classic album of black protest music”. Since his release he has toured Australian prisons and in 1990 toured Canada with Roger Knox and Bobby McLeod. Simms was given a Deadly in 2001 for Outstanding Contribution to Aboriginal Music. In 2009 The Loner was added to the National Film and Sound Archive’s Sounds of Australia registry.