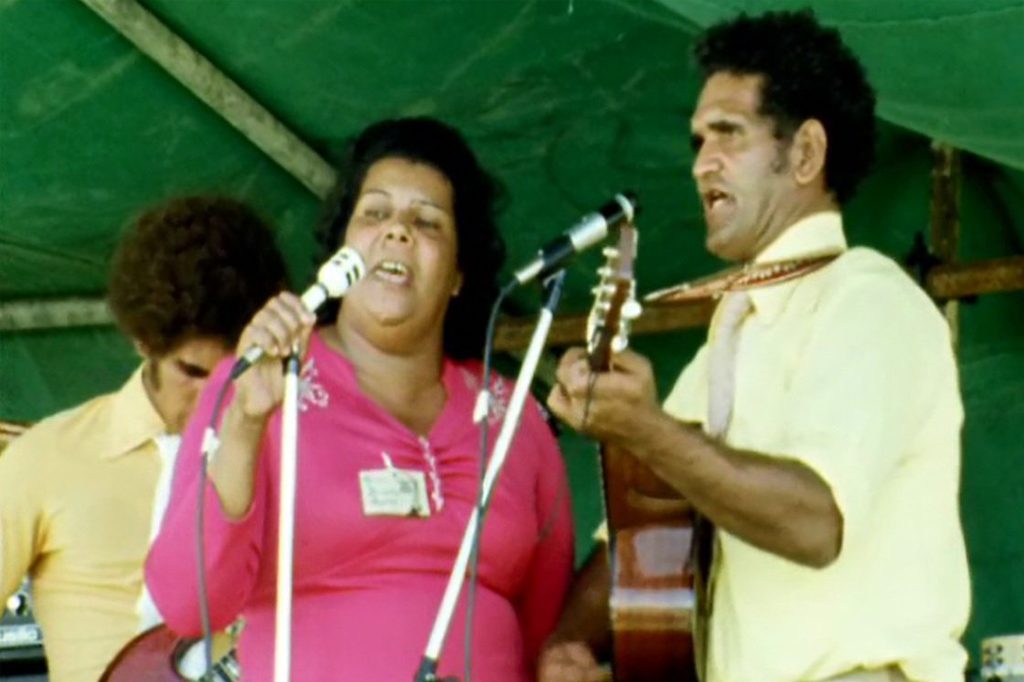 Commissioned by Campbelltown Arts Centre The Promised Land is a work in development by the Donovan Family led by acclaimed Indigenous Australian singer-songwriter, Emma Donovan.

Emma Donovan, is the eldest granddaughter of Micko and Aileen Donovan, who were local Country Music royalty in the northern NSW country town of #Macksville.

The Donovan’s are a well-known family in Aboriginal music, starting with Emma’s grandparents Mick and Aileen Donovan, both of whom were raised on missions in Northern NSW.

Micko grew up and lived on Bowraville Mission of NSW mid north coast, Aileen was from over the next town of Kempsey on Burnt Bridge Mission. Aileen became musically connected with Micko and the duet quickly became the harmonious vocals of the mid north coast.

Since January 2020, Emma and her creative team have embarked on a residency series at Campbelltown Arts Centre to develop a musical performance that reflects on the musical legacy of Micko and Aileen Donovan and treasured family archives to tell the family’s story.