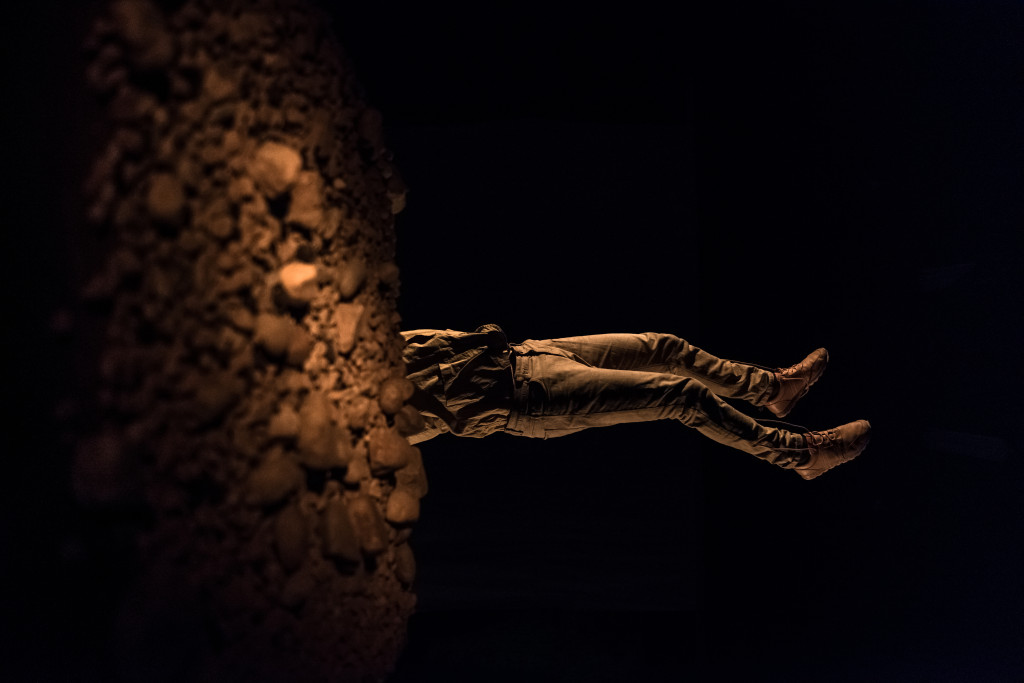 This work sees Tim Darbyshire expand choreography to new realms by means of machinery, object, lighting and sound configurations. A stampede of the senses, the work uses layering, endurance and absurd irrationality to create a turbulent and controlling world.

“the body itself, propelled, pushed, punished by machine or prop.. It is dangerous, masculine, bordering on manic”  – Varia Karipoff, Reviewer