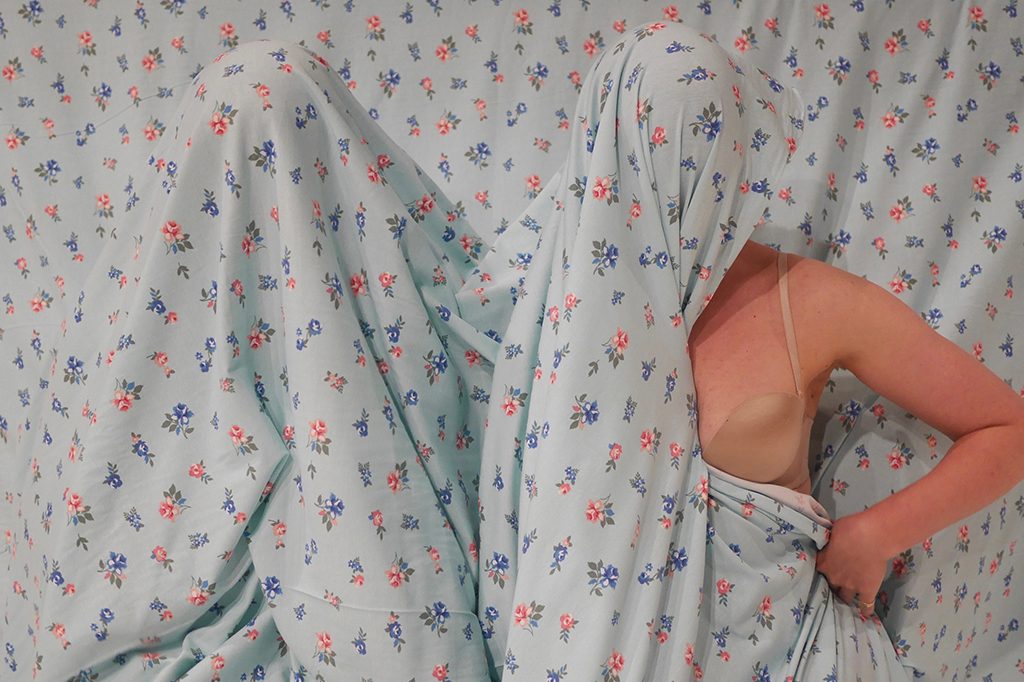 Live streaming on social media platforms has become a highly contested public space. Legislators are scrambling to regulate what has become a medium weaponised by extremists, activated by community uprisings and utilised by corporate influencers.

Real Real tests the limits of this space as a platform for live performance. Social media live streaming has not only changed who can broadcast, but also what it means to be a witness to a live event. Real Real asks, how is technology influencing live world experiences? The sixth installment of Real Real sees four working mothers, Nat Rose, Sally Lewry, Alice Osborne and Clare Britton come together to make a show, with their kids.

‘Mum’s the word’ (be silent, do not reveal) seems a bit outdated. Surely it’s time to shake things up a bit? Have Mother’s been silent for too long? Acting without speaking? What is and isn’t being said about Motherhood? What could be said differently? And who is doing the talking? Embracing the hushed truth-telling of the playground and the bewilderment that comes with being a new Mother, four women share all, about the labour and love that threatens to both break and make you. Revealing the good, the bad and the ugly, ‘It’s not you, it’s me’, will challenge the way you think about Mothers, to reveal the power, humour and weight of the hood they wear.

Audiences can access the performance on Facebook Live Friday 15 November at 12.30pm followed by a Q and A with C-A-C’s Assistant Curator of Performance Akil Ahamat.