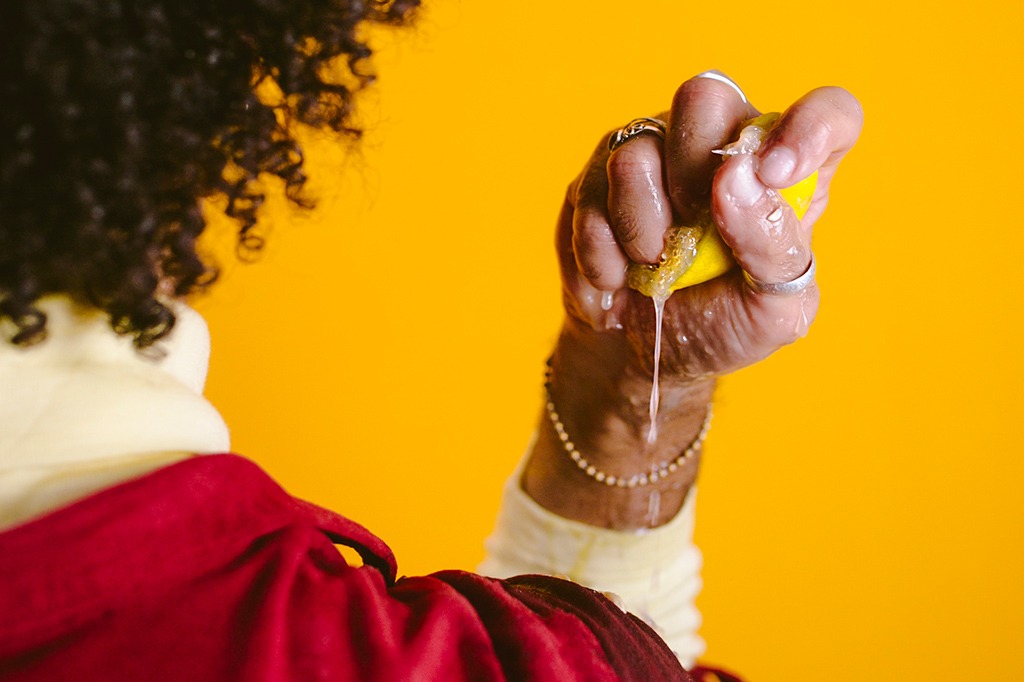 Milk & Honey & Lemons takes us into a home nestled in the Western suburbs of Melbourne, where the scents of grandma’s recipes spill into arguments over home country politics, drowning out the new-gen’s new-age sounds. A picture of modern migration, Milk & Honey & Lemons invites us to reckon with the art of survival practiced on our street corners, school yards and in our minds.

All through the eyes of a boy.

In a hoodie.
Of African Appearance.

From a boy to nineteen, being grown is pretty full on. It means a lotta things, top of the list: graduating from goon to $7 red wine. This cocktail of naivety and wisdom from Boy, who’s seen it all, invites us in with one breath and with the next, shuts us out.Throughout history, we’ve witnessed the Black body repeatedly denied authorship in the narrative of its existence. What does it mean to come of age when the world has been taught to fear what you’re becoming? In this one-man show, this question leaps out from the theoretical into the lived.

Please be advised: this work engages the themes of mental illness, suicide, racism and queerphobia. These incidents aren’t staged but as the work explores the impacts of these themes, audiences may find some elements triggering.

If you or someone you know needs information or support, the following organisations are there to help. Africare Community Services, Beyond Blue, Embrace Mental Health, Focus Connect, Headspace, Lifeline, Life Supports Counselling, STARTTS, Our Directory, Tharawal Aboriginal Corporation, Transcultural Mental Health Centre, Wellbeing Minder and WellMob. For a more details about these support services, click here.

Ticket Donations
You can donate an amount to cover someone else’s ticket to see Milk & Honey & Lemons. Your donation will go towards a ticket for someone who is unable to pay full price. Donate now 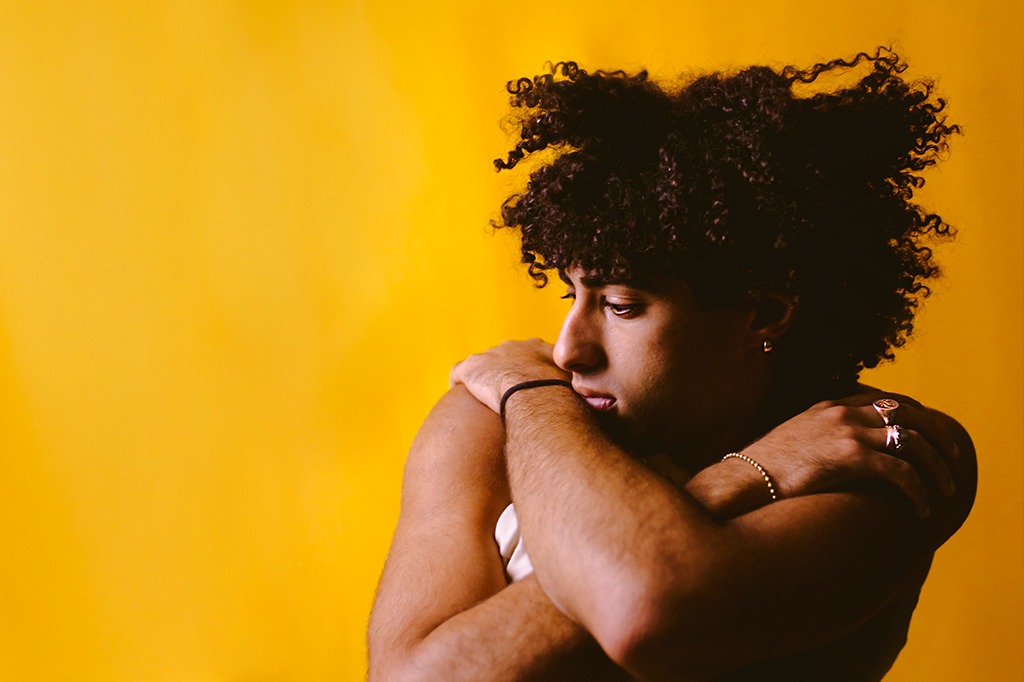 Moreblessing is developing a slate of works for theatre including a 2021 presentation of audio/live performance hybrid work Milk & Honey & Lemons (Commissioned by Campbelltown Arts Centre and Next Wave), a recent development presentation of No Pink Dicks – a comedic anthology on interracial relationships with support from Playwriting Australia and Darlinghurst Theatre (2020) alongside screen projects Afro Sistahs – a digital series following four sistahs in Western Sydney navigating everything from nosey Aunties, woke baes and their hair and MASC (Easy Tiger & Revlover) – an anthology exploring modern masculinity from eight female and non-binary creators; both funded through Screen Australia.

As a performer, she most recently performed in the sell-out season of ‘seven methods of killing kylie jenner’ at Darlinghurst Theatre Company directed by Shari Sebbens and appears on screen in ‘The Retreat’ (Vic Zerbst); Channel 9’s ‘Seachange: Reboot’ (Wayne Blair) and ‘Back to the Rafters’. Moreblessing also works with as dramaturg, outreach producer and cultural advisor, which supports her advocacy practice within the arts for accurate and diverse representation. She also sits as Co-Chair of MEAA’s Equity Diversity Committee.

Naomi Velaphi
Naomi Velaphi is an arts producer, curator and programmer interested in interdisciplinary arts practice with a commitment to working with diverse artists. She has held producing roles both independently and for a number of arts institutions including Arts Centre Melbourne, Arts House, Koorie Heritage Trust and the Abbotsford Convent. Her current interests focus on working with artists from the African diaspora. More broadly she is interested in how new work is created and presented by diverse artists through interrogating the current art platforms which exist.

Velaphi has close to 10 years of experience in the industry and has worked across all facets of arts production including, curation, funding and budget management and audience development. She holds a Masters of Arts and Cultural Management from the University of Melbourne and holds a Bachelor of Arts (Communications) from Curtin University.

Pierpoint has been composing and sound designing with Clockfire Theatre Company as an artistic associate since 2013 on their shows The Grief Parlour, A Hunger Suite, The Natural Conservatorium of Wise Women, and We The Lost Company. Other theatre credits include Suburbist (PYT/ATYP), Asylum (Apocalypse), Black Birds (The Joan), Doubt, Metamorphoses & Angels in America Pt.I&II (Apocalypse/Redline Prod.), Dry Land (Mad March Hare/Outhouse Theatre), She Rode Horses Like The Stock Exchange (KXTheatre),(Apocalypse/Redline Prod.), Home Invasion (An Assorted Few/Old 505) and multiple collaborations with performance artist: Fat Boy Dancing.

Since 2015, Pierpoint has worked with singer/songwriter NGAIIRE on multiple projects including as film producer – Once/Diggin’, film director – Diggin’ and as the producer of her touring live show. Along with recently joining the management team of the internationally acclaimed Little May.

Nema Adel
Nema Adel is a digital artist known for his work with projections in the space of live performance and art installations. Honing his craft in Germany in 2016 with team ‘deffekt‘, Adel returned to Sydney a year later to begin a series of events dubbed ‘darkcinema‘  – providing a platform for local artists and bands to perform in immersive projection lit settings with large space activation. Recently, Adel has been commissioned for Vivid 2019, 2021 light festival and Strand Ephemera sculpture festival, while also joining the teams of The Voice Australia, Curveball, and Subsonicwithin the past year. Going forward, Adel is inspired to create in ways that help to tell stories from different perspectives to drive home the power of visual story telling as an accompaniment to music, performance and art.

In her final year at NIDA, Subramanyam worked as a set and costume designer on theatre shows including The House at Boundary Road and Flora, and co-designed a music video for Blue Velvet as part of Triple J Unearthed.

Daniel Gabriel
Daniel Gabriel is a queer Sudanese/Egyptian performer and writer based in Sydney. A 2018 graduate from QUT’s Acting course, their repertoire includes the performance and study of classic texts and development of new and experimental works with Major theatre companies across the east coast including Belvoir, Queensland and  Griffin Theatre Companies. Gabriel has also worked on film, television (Stan, Amazon Prime) most recently completing work as a supporting lead on LONESOME, a feature film set to debut in early 2022.

Milk & Honey & Lemons is commissioned, developed and presented by Campbelltown Arts Centre and Next Wave.