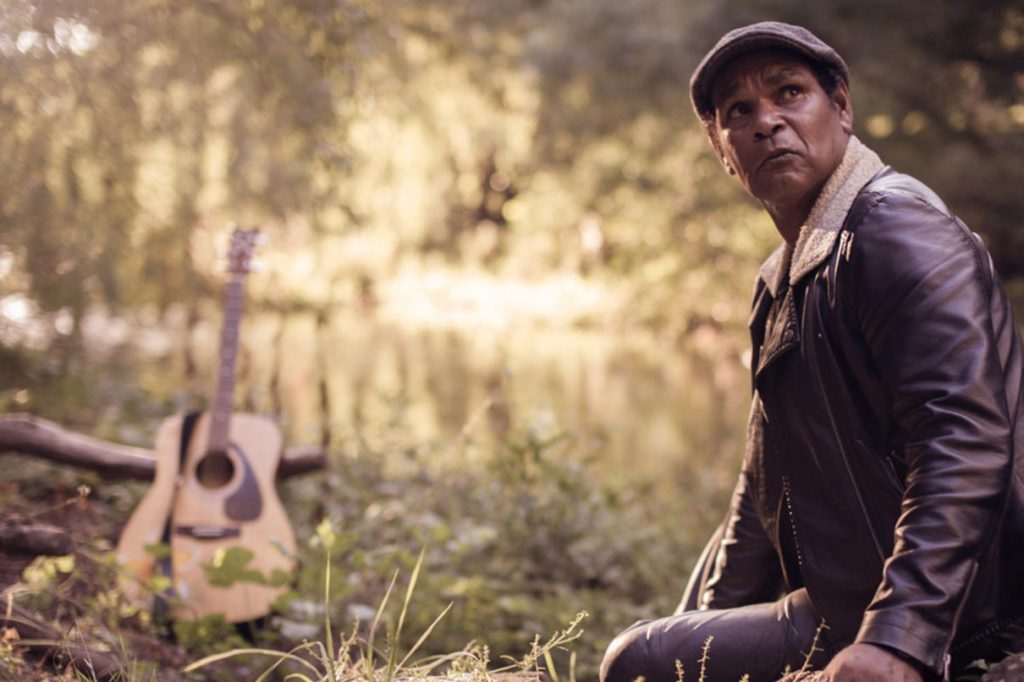 One of this country’s most important and powerful voices – Joe Geia – is on the road again with a special new triple-CD release in tow as well as introducing songs from his 2016 release, North, South, East & West. Joe will be performing a concert at Campbelltown Arts Centre on Saturday 14 October.

In a career spanning over three decades, Joe has become a renowned singer/songwriter, guitarist, didgeridoo player and influential figure in the development of contemporary Indigenous music. He writes music of bravery and beauty, telling of Aboriginal life in Australia, of the quest for justice and belonging, of history, family and love.

He is widely regarded as a pioneer of contemporary Aboriginal music, first coming to prominence as a member of the influential band, No Fixed Address. And now his solo career has been captured with a special three-disc compilation that brings together his remarkable solo releases for the first time.

“To have all my music together in one set has been something I have been hoping to do for a very long time,” Joe says. “And I can’t wait to get out for some more shows playing as much of it as we can.”