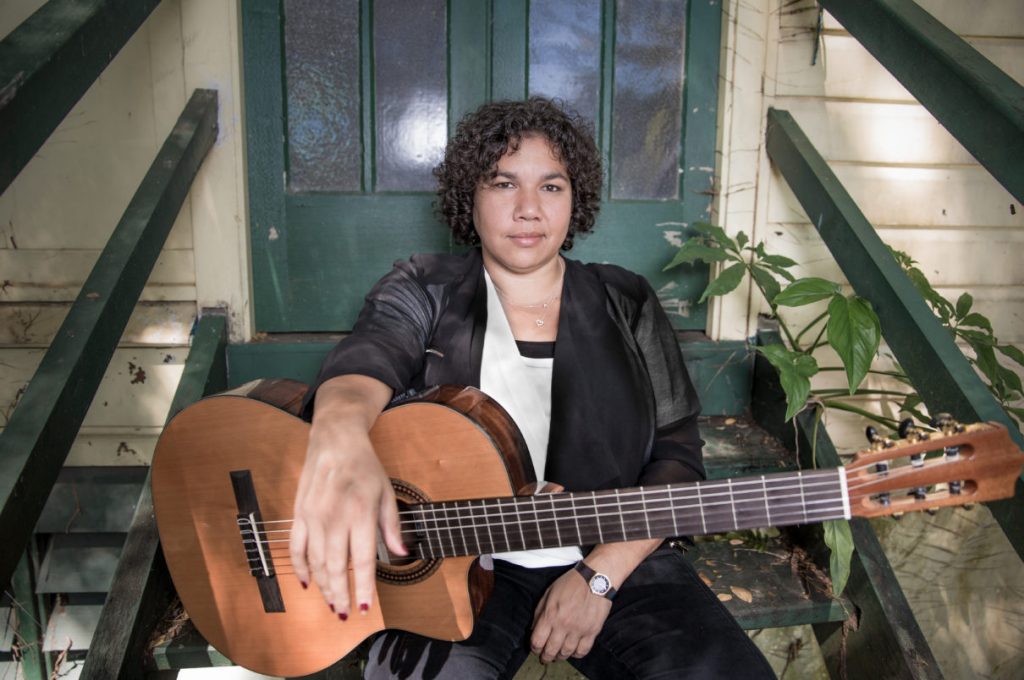 Originally from the tropics of North Queensland, Jessie Lloyd is an Aboriginal and Torres Strait Islander award winning composer, performer and creative entrepreneur. Lloyd is a cultural practitioner of Aboriginal and Torres Strait Islander music dedicated to the continuation of cultural traditions through the presentation of both contemporary and traditional Indigenous music.

Lloyd is the curator of the Mission Songs Project an initiative to revive contemporary Australian Indigenous songs from 1900 to 1999, focusing on the Christian missions, state run settlements and native camps where Aboriginal and Torres Strait Islander people were relocated. Lloyd has travelled Australia in search of hidden songs to present this rare Indigenous narrative. From the Bass Strait to the Torres Strait and across the Arafura Sea, Lloyd has spent time with Aboriginal and Torres Strait Islander senior song men and women, uncovering precious stories and songs from the mission days.

During her residency at the Arts Centre, Jessie Lloyd will be developing Mission Songs Project – Palm Island Strike of 1957.  Sixty years ago, in June 1957, seven men led a strike for human rights on Palm Island, off the coast of North Queensland. In an era of institutionalised segregation and discrimination, the Aboriginal Protection Act saw residents of missions and settlements held under servitude to its white administrators, forced into a living hell where their every move was monitored and reviewed. One man, Albie Geia, was determined to resist and was labeled a ‘trouble-maker’. To the surprise of the superintendent, six other men joined in protest and held the Palm Island Strike.