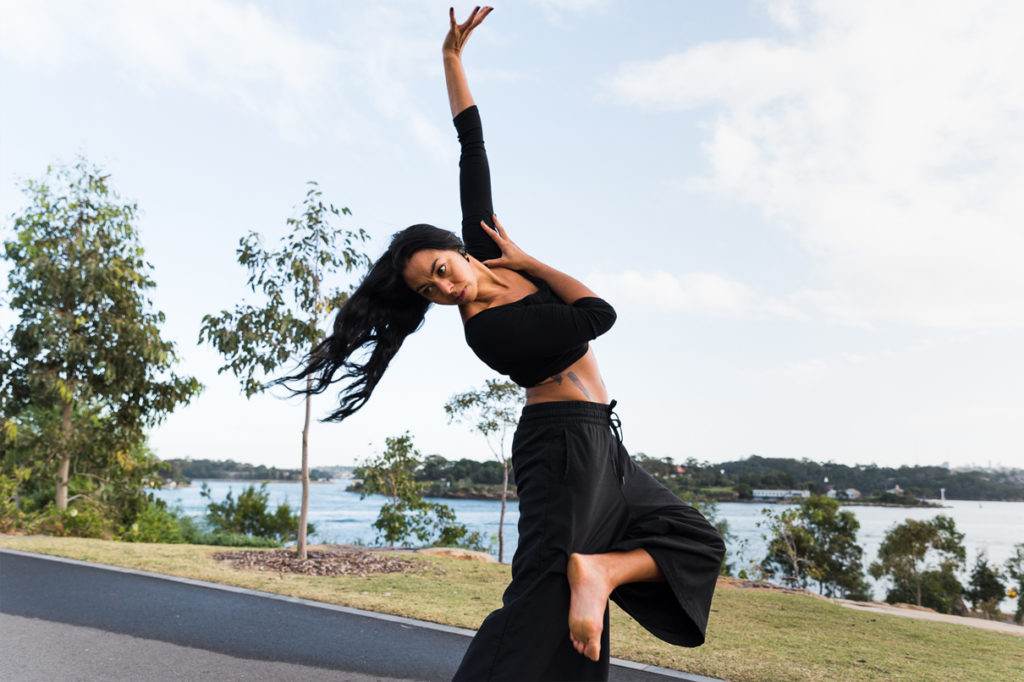 Dancer and choreographer, Jasmin Sheppard, will be in residency at C-A-C for two weeks developing a new work.

How do we find our connection to country when we have lost our family?

How do we sift through our own history and intergenerational trauma to connect to culture?

If we have lost our family or country, does DNA give us our birthright to identity?

Based on the poetry of acclaimed Kokatha/Yankunytjatjara writer Ali Cobby Eckermann, When Walawaru Soars, is a dance and orchestral work-in-progress investigating the link between the loss of one’s mother through the Stolen Generations, the loss of country (our mother) and fragmented identity.

When Walawaru Soars is choreographed by Jasmin Sheppard, composed by Benjamin Ward and performed by Kaine Sultan Babij.

Jasmin Sheppard is a contemporary dancer, choreographer and director, a Tagalaka Aboriginal woman with Irish, Chinese and Hungarian ancestry.

Jasmin spent 12 years with Bangarra Dance Theatre, performing numerous lead roles such as ‘Patyegarang’, in which critics described her performance as “powerfully engaging, fluent dexterity” (Sydney Morning Herald). She choreographed one major work for the company, ‘MACQ’, on the 1816 Appin Massacres under Governor Macquarie which toured Australian capital cities, regional Australia and Germany. In 2012 Jasmin was nominated for an Australian Dance award for ‘Best Female Contemporary Dancer’, and her work ‘MACQ’ was nominated for a Helpmann Award for best dance work as a part of ‘OUR Land People Stories’ in 2017, and in 2018 received a Helpmann for best regional touring program.

Other works include: ‘No Remittance’ for Legs on the Wall and ‘Choice Cut’ for Yirramboi festival, which was presented at Toronto’s Fall For Dance North Festival, 2019.

Jasmin will premier her first full length work “The Complication of Lyrebirds” in 2021 at Campbelltown Arts Centre as part of Sydney Festival. This work was also supported by The Australia Council for the arts in conjunction with C-A-C and Native Earth Theatre Company, Toronto.

Her work is passionate, political and has been described as “surreal and highly evocative” (The Australian).