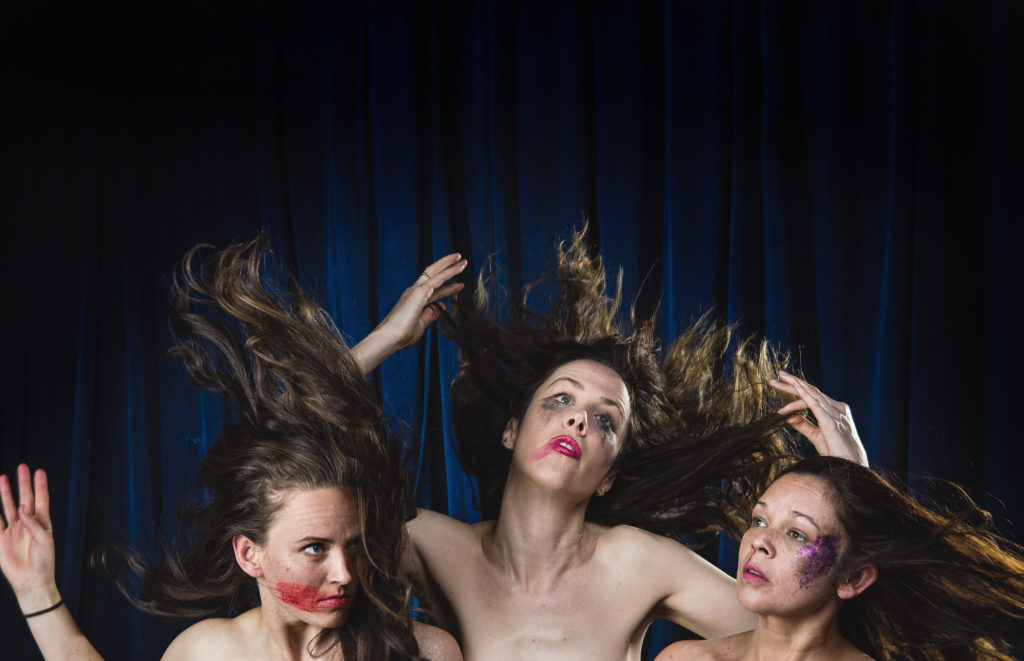 With a script developed from 10 years of recorded personal conversations, Ich Nibber Dibber maps the lives and practices of three women coming of age in the 21st Century. A single conversation spanning a decade of friendship, bowel movements, birthing moans and tongue piercings. Lying somewhere between drama, comedy and political commentary, Ich Nibber Dibber looks at what it means to be a woman, an artist, and the way we make sense of the world in conversation with those nearest to us.

post are Zoë Coombs Marr, Mish Grigor and Natalie Rose, a collaborative performance ensemble based in Sydney. Their work has been presented by Sydney Theatre Company, Arts House and Belvoir St Theatre. Their work is often concerned with the political, and attempts to engage with issues of control, gender, identity and politics in a way that is funny, engaging, and accessible (but not always).  Their most recent work was Oedipus Schmoedipus, was a joint commission from Belvoir St Theatre and Sydney Festival, supported by Performance Space, Arts House and Bundanon Trust.