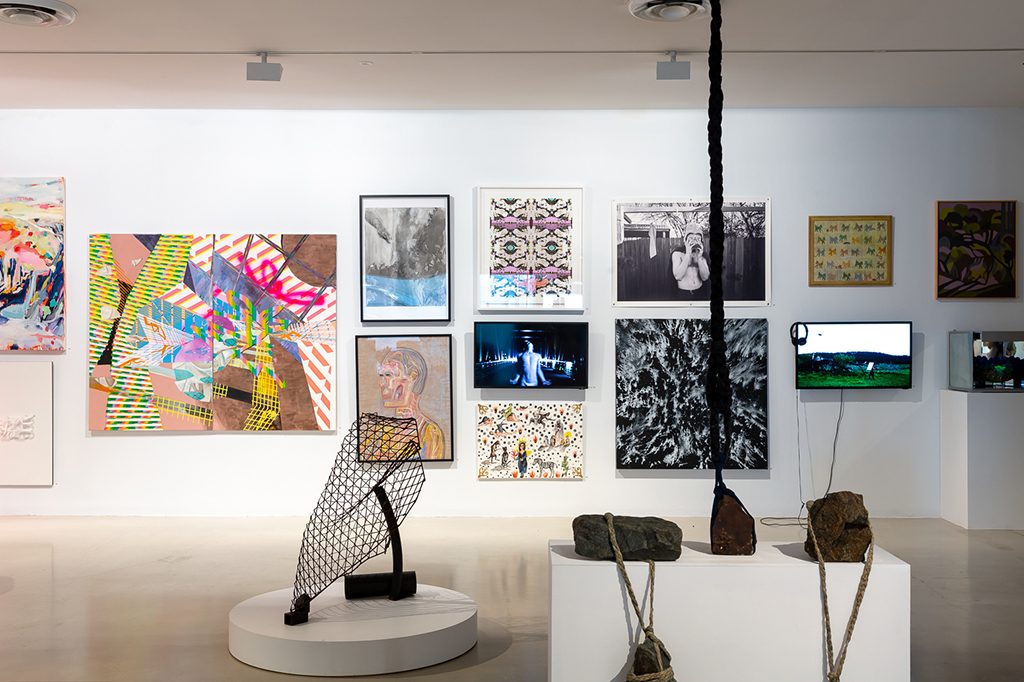 what graduated from the National Art School, Sydney in 1992. He gained a Master of Contemporary Art (Hons) from the University of Western Sydney in 2001.

Since 1992, he has staged 19 one-person exhibitions and participated in numerous group shows. His survey exhibition, LARGE ART – 1720-2009 was held at The National Art School in 2009.

His work is in the following collections: National Gallery of Australia; Monash University; Wollongong City Gallery; University of Wollongong; Campbelltown Arts Centre; The Government of NSW; and private collections in Australia and overseas.

what is represented by Blockprojects, Melbourne.

Lauretta Morton has over 35 years’ experience in the Visual Arts and Cultural Sectors in both private and government organisations.

Morton is currently the Director of Newcastle Art Gallery where her leadership has resulted in the highest visitation in over a decade and the most significant growth of benefaction and art donations to the City of Newcastle’s permanent collection of over 7,000 works of art valued at over $115M.

Sarah Gurich was appointed to the position of Director of Bathurst Regional Art Gallery (BRAG) in April 2018.

Previous to her appointment, Sarah worked in a number of roles in the regional gallery sector, including Curator at BRAG, and inaugural Exhibitions Manager at the Blue Mountains Cultural Centre where she oversaw development of the new City Art Gallery.

In 2017, Sarah was selected to be the NSW Exhibition Team Leader at the Australian Pavilion at the Venice Biennale. Sarah’s vision for BRAG is to develop programs which extend the reach of the gallery to provide new opportunities for engagement and collaboration.