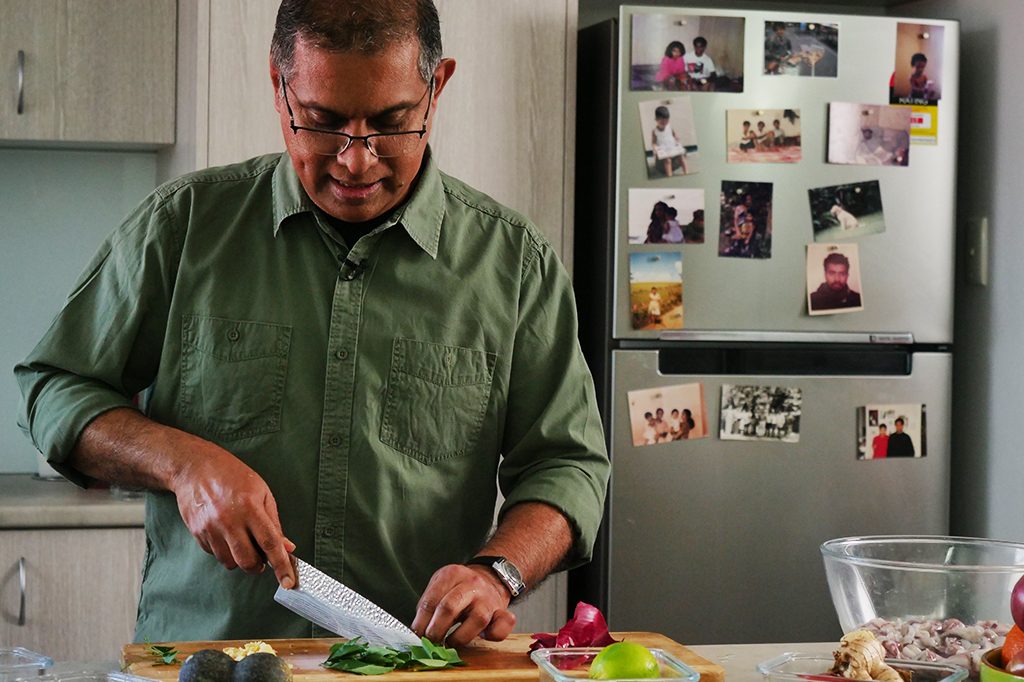 Break the Cinnamon Branch takes its name from a law dealing with cinnamon (Cinnamomum verum) imposed in Ceylon (Sri Lanka) during Dutch colonial rule. Cinnamon was native to the island and this law mandated capital punishment for a series of offences including the destruction of a cinnamon plant, unauthorised peeling of its bark, private trade in cinnamon, and transportation of cinnamon.

In this new series of performances, Sri Lankan-Australian inter-disciplinary artist Jagath Dheerasekara, explores the routine performance of cooking. Jagath’s memories of his childhood, expressions of his mother’s love, and the joy of making his favourite dishes are enlaced within these explorations. Jagath interrogates notions of belonging and integration through casually charged encounters his family and he experience in Australia and certain patriarchal values that were deeply seated in Sri Lanka where he grew up. The enduring legacy that the island’s colonial past has on him too has not escaped from his interrogations. Break the Cinnamon Branch presents the artist’s experiences and investigations to the viewer in a deeply considered and eccentric way.

Dive deeper into the project with Break the Cinnamon Branch Conversations, a podcast series hosted by Jagath Dheerasekara. In each episode Jagath speaks with families from around Campbelltown to share stories of their lives; from sweet home-made delicacies to crossing country borders by foot in fear of persecution.

About the artist
Jagath Dheerasekara is an Amnesty International Human Rights Innovation Fund Grant recipient. He was granted political asylum in France in the early 90s when he had to leave Sri Lanka due to political and human rights activism. On returning to Sri Lanka, Jagath began a career in telecommunications and his second spell of art in photography.  As time went by, both his personal and commissioned work took an increasingly larger role. He settled in Australia with his family in 2008. Jagath’s multi-disciplinary work is chiefly informed by his personal and collective memory and the incidents of fragility of the principles of humanity.  He has presented his work in a number of solo exhibitions and selected group exhibitions. His work is held in both institutional and private collections. Jagath lives and works in south-west Sydney.