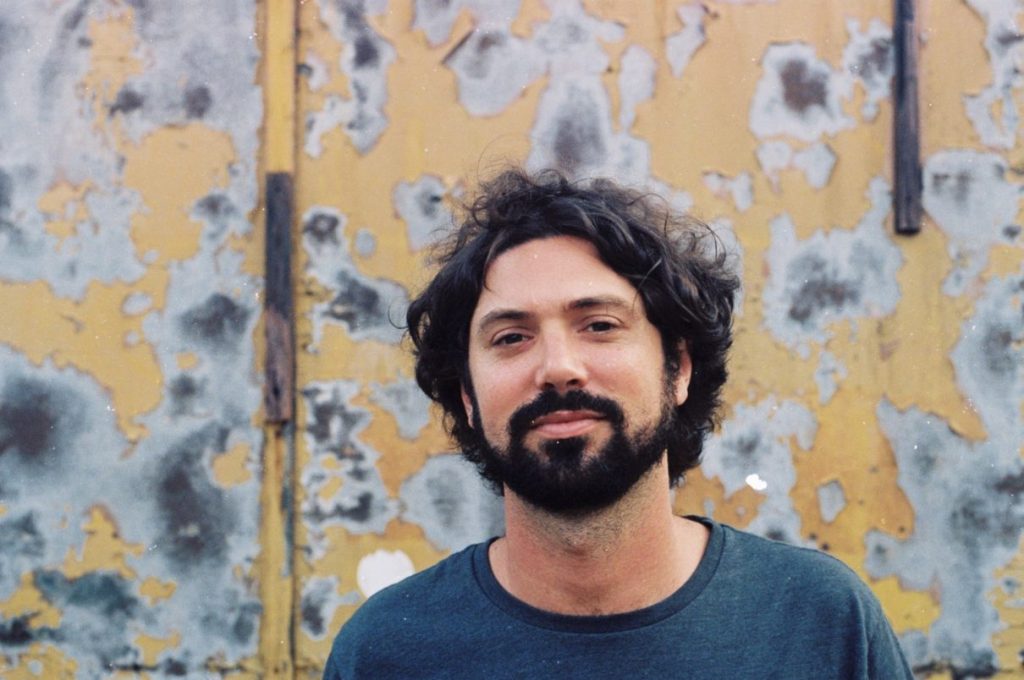 Alon Ilsar is an Australian drummer, composer, sound designer and instrument designer who will be developing a new work during his residency in February. Ilsar will work with his creative team including Andrew Bluff, Daniel Krass and Matthew Hughes on The Hour, a new audio-visual live performance

This work explores our relationship with maths, religion, nature and technology through music, movement, sound design and interactive animation.

This unique collaboration will feature Alon Ilsar on drums and AirSticks, a new custom gestural instrument created with software developer Mark Havryliv, that allows the triggering and manipulation of sounds and visuals by slashing and striking through the air. This will be Ilsar’s first performance after returning from a year-long artist residency at New York’s Brooklyn College.

The hour long piece composed by Ilsar will be visualised by animator Matthew Hughes, and brought to life by interactive designer Andrew Bluff, with sound designer and director Daniel Krass unifying these elements and shaping the narrative arc.

The Hour is a meditative experience created to make the listener/viewer feel a sense of true synaesthesia, melding sound and visuals and stretching time in all directions through morphing rhythms.

Alon Ilsar is an Australian drummer, composer, sound designer and instrument designer. He is co-designer of a new interface for electronic percussionists called the AirSticks, using the instrument in projects such as The Sticks, Tuka (from Thundamentals), Kirin J Callinan, Velize (US), Cephalon (US), Monotreme (US), Bondi Dreaming, Silent Spring, Drumonair and Brian Campeau.

Ilsar is completing a PhD in instrument design through the University of Technology, Sydney’s Creativity and Cognition Studios, under the supervision of Andrew Johnston. He is currently artist in residence at Brooklyn College’s PIMA in New York working on new collaborations with musicians, visual artists and dancers such as Trevor Dunn, David Grubbs, Jim Black, Briggan Krauss, Kyle Sanna, Dana Lyn and Hannah Cohen of Neshamah Dance Company

Matthew Hughes is a Sydney based software designer, musician and composer. During his composition study at the Australian Institute of Music, Matthew developed a fascination for synthesizers and the manipulation of music through computers. He soon started creating programs to visualize his music, and his work at AIM culminated in a series of compositions that fuse computer programming and electronic music to create unique audio-visual experiences. Since graduating, Hughes has been honing his skills, diving deeper into the world of both computer-generated animation, and sound synthesis.